Inspiring transformation: from an outdated building to the most sustainable office in the Netherlands


On the 29 June 2016, assurance company A.S.R. opened the newly renovated headquarters in Utrecht. The building originally opened its doors in the 1970s and needed some improvements after serving as headquarters of ASR for 40 years. Therefore, it was completely renovated and turned into one of the largest green and energy-efficient office complexes in the Netherlands. But how did an old and outdated building become such an inspiring office and a green and sustainable addition to Utrecht? 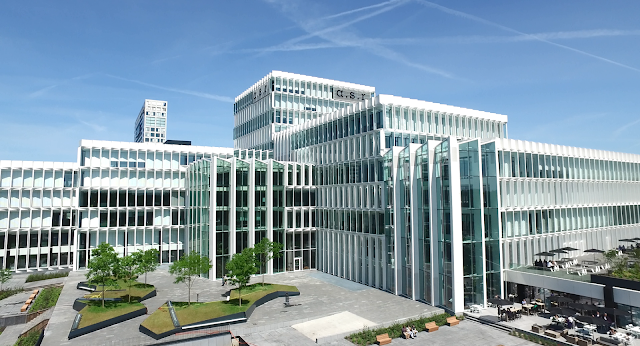 Before the renovation, the building had the lowest energy label G, there was a lack of daylight, and the technical and sewerage systems were outdated. Looking at both the costs and sustainability considerations, A.S.R. found renovation a better option than leaving behind an empty building.

The main themes during the renovation were increasing sustainability, saving energy, and to become an inspiring workplace for employees and visitors. Now, the new headquarters truly is a sustainable building. The once massive building has opened and lightened up by the instalment of large glass facades. Daylight can now reach the inner core of the building. Moreover, the office uses 56% less energy than before the renovation, a savings comparable to the energy used by 850 households per year. A total of 1200 solar panels have been installed on the rooftop and 98% of the waste and the rubble from the renovation has been recycled. For both employees and visitors, A.S.R. offers a restaurant, sports facilities, and has a seats2meet-place.

The renovation also paid attention to the outside of the building and its surroundings. The garden now houses several (in the Netherlands endangered) animal species such as bats, hedgehogs, salamanders, insects, storks and grass snakes. Parts of the building’s walls have been turned into green walls in order to filter the air and to provide hives for swifts and sparrows. Furthermore, the new double-walled structure produces warmth that is removed through mechanic systems, which regulates the temperature inside the building. Additionally, the rooftops of the building have been turned into gardens.

To introduce children to the topic of sustainability and to encourage secondary schools in Utrecht to pay attention to the sustainability of their schools, ASR initiated the ASR School Challenge in collaboration with the Municipality of Utrecht and the Dutch Green Building Council (DGBC). The saved energy costs of the ASR headquarters can be used to realise improvements in this area. 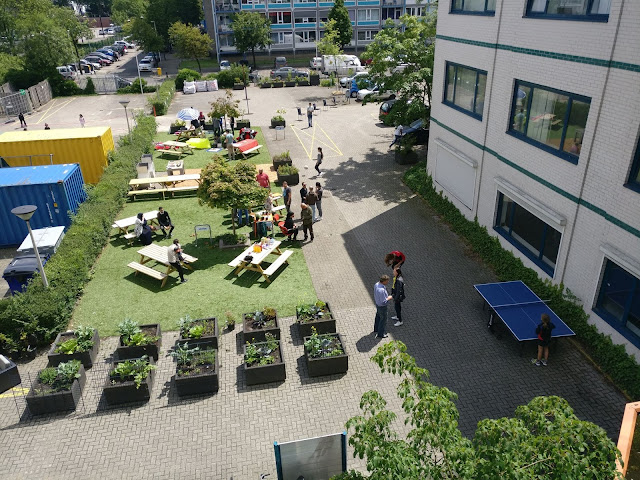